Navigate and manipulate a virtual environment of sound sources. 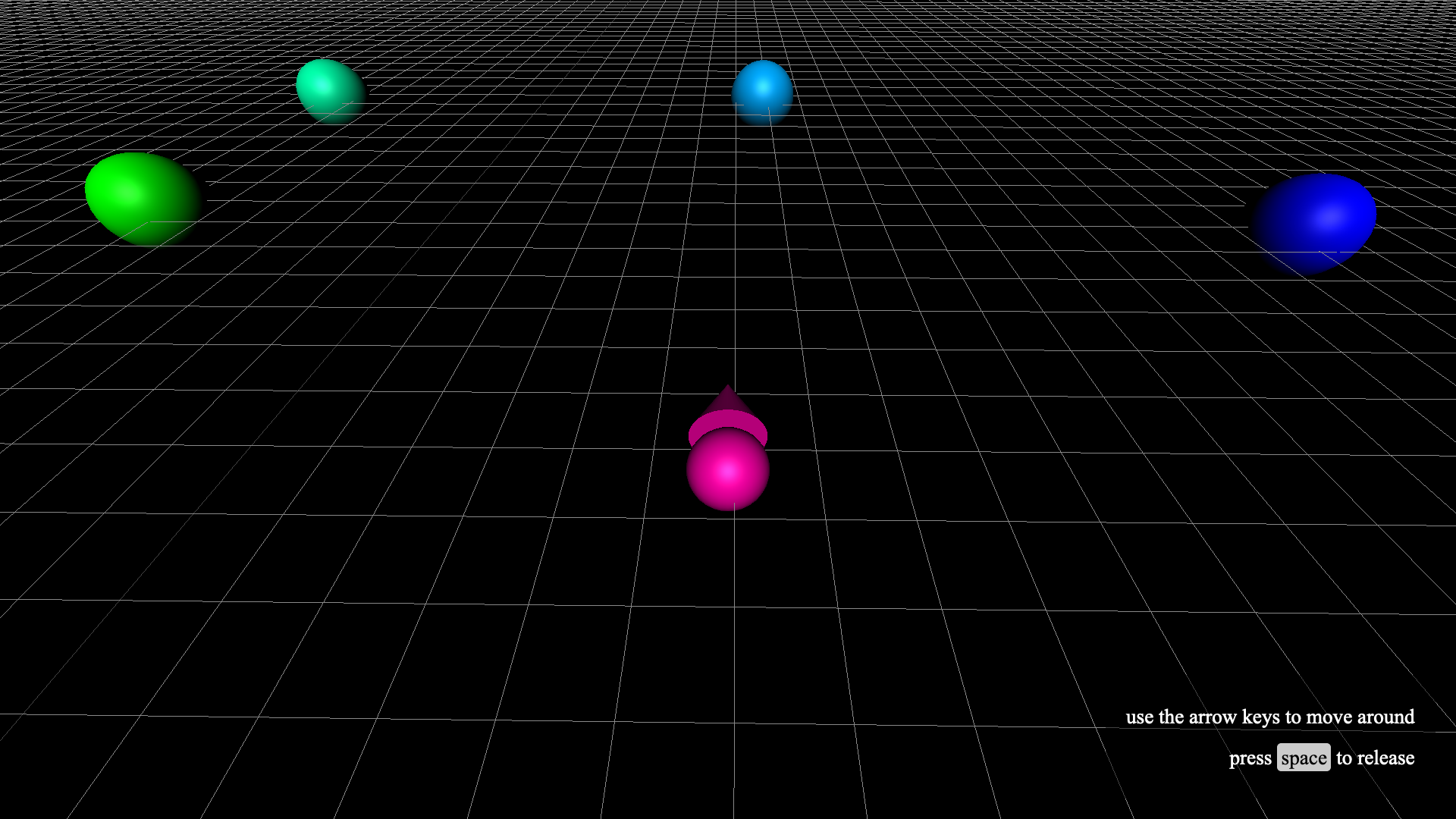 A screenshot of the environment.

Link to this section Overview

Link to this section Motivation

I was inspired by the way it feels to work with music in a DAW: almost like exploring some sort of space. I decided to create a virtual space which replicated that feeling, allowing anyone to play with the mixing of a song. I also made this out of a desire to work with Three.js.

Link to this section Technical Description

The app is written in vanilla JS using Vite for build tooling. Each audio track was a wav file exported from an Ableton Live set. I decided to take an object-oriented approach to the code layout, representing each sound object with an ES5 class.

Link to this section Results

Aside from a, uh, learning moment causing some issues with the audio panning, most of the project was straightforward. In the end, I think I succeeded at creating the environment I set out to create, although a bit more variety in the sound sources (perhaps multiple sections of the piece which could be alternated between?) might have helped the experience not bore the listener as quickly.